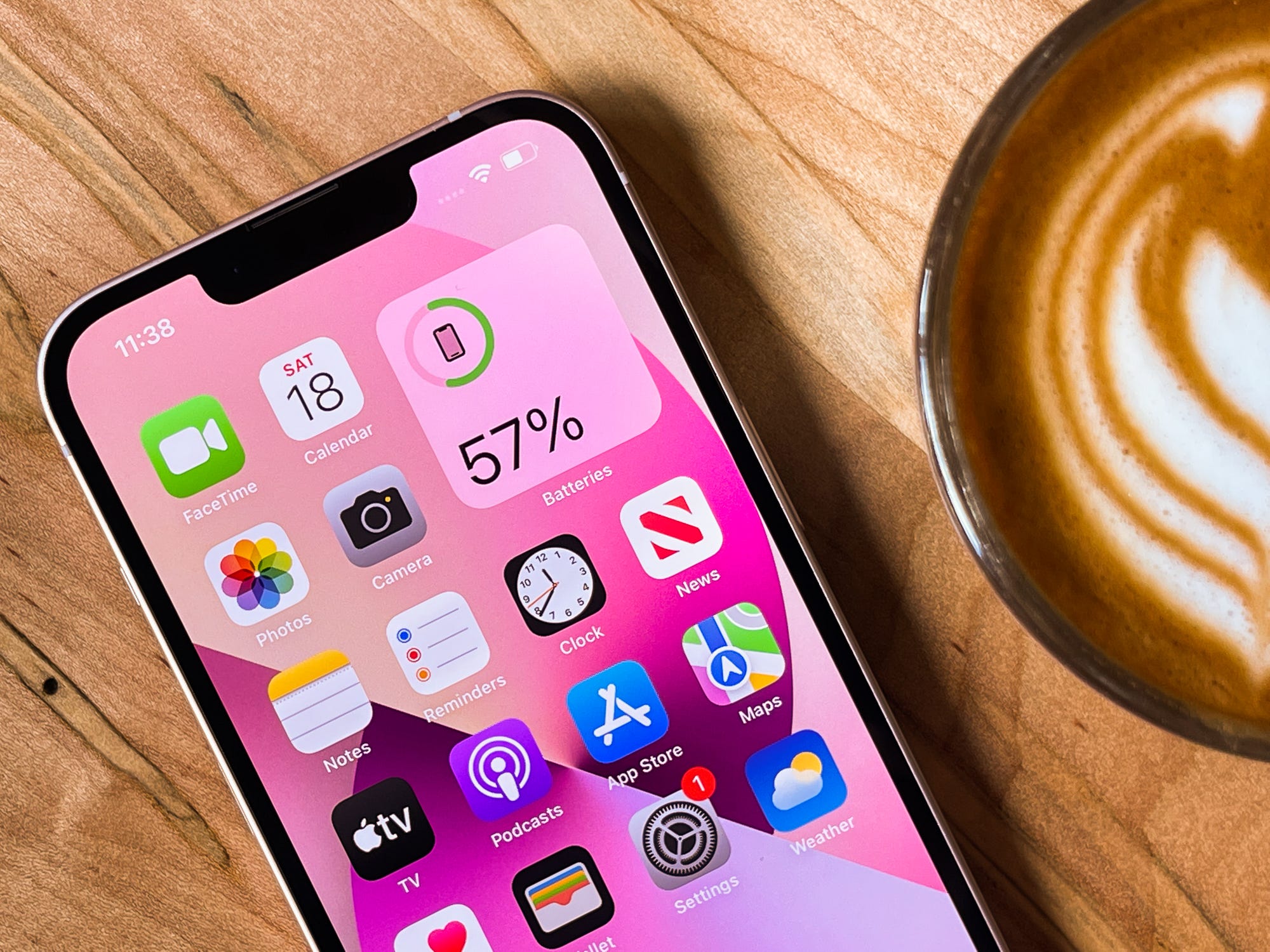 According to reports, Apple’s new iPhone 14 will come in four color options for its users. Reports suggest that the following colors will be available to its customers:
dark purple
teal
yellow blue
royal rose

Reports also suggest that the standard version of the iPhone 14 will have the same A15 Bionic Soc, but it will have better and higher clock speeds. The chip will also provide better and better performance to the GPU.

The new iPhone will have better performance with this chipset. However, the ‘Pro’ and ‘Pro Max’ will have the new A16 Bionic SoC, an upgrade from the standard version.

The new iPhone will have a 48MP sensor camera that can record videos in 8K.

iPhone 14 lineup rumours: Will there still be four phones?
We still don’t know much about the iPhone 14, but we’ve heard that Apple’s next lineup will nix the mini and focus on the bigger phone instead. A 2021 report from the Nikkei Asian Review predicted the death of the iPhone 14 Mini, and a research note from analyst Ming-Chi Kuo obtained by MacRumors also suggested that the Mini was not long for this world. However, Kuo pointed out, the iPhone 14 lineup will still consist of four models, a “high-end” and a “lower-end”, with two size options for each.

While the name speculation isn’t as important to the discussion of Apple’s 2022 lineup as it was for the ominous 13, the rumors have been a minor dent in the naming conventions with the iPhone 14, iPhone 14 Pro, iPhone 14 Max and iPhone 14 Pro Max. suggest changes. “Pro” refers to the high-end specifications and “Max” refers to the larger screen size.

iPhone 14 Size Rumors: How Big Will the Screen Be?

Apple’s previous two iPhone lineups have featured the same 6.1-inch size for the base model, going up to 6.7 inches for the Pro Max. According to the same Nikkei Asian Review report, Apple will stick with these sizes for the iPhone 14, but ditch the 5.4-inch Mini. This rumor is confirmed by a March report from 9to5Mac. The report shows sluggish sales of the iPhone 12 mini, so it will come as no surprise that Apple should discontinue the smaller phone in 2022.

While the size of the next iPhone is expected to remain the same, the display bezels for the Pro Max are rumored to be 20 percent smaller than those of the previous iPhone generation, according to CAD renders shared by Twitter leaker ShrimpApplePro. This means that the screen will be slightly bigger. However, it is important to note that this rumor should be taken with a grain of salt as ShrimpApplePro does not have an extensive track record to back up their speculations.

iPhone 14 rumours: Will there be a SIM card?

In 2020, rumors began to surface that the iPhone was abandoning physical SIM cards altogether, and now a series of leaks suggest that the iPhone 14 may be the first in line to do so. 9to5Mac broke down the cascade of leaks, which began with a Brazilian site claiming the iPhone 15 Pro would be physically SIM-less. Then MacRumors reported an anonymous tip that Apple was preparing major carriers for eSIM-only phones by September. Apple leaker DylanDKT confirmed to be “in agreement” with reports that the tray for the physical SIM card was removed, though his Twitter account has since disappeared.

Release date: When will the sale of iPhone 14 start?

Apple has its next launch event scheduled for September 7th at 10 a.m. PT (1 a.m. ET, 6 p.m. BST). The new iPhone is expected to debut at this event, possibly alongside the Apple Watch Series 8.

Although we now know the possible launch date of the iPhone 14, its release date is yet to be confirmed. But as with other aspects of the new iPhone, the rumors may give some indication. A recent Bloomberg report suggests that the new iPhone will go on sale on September 16.

Apple holds its annual fall iPhone event almost every year in September, shortly after the phones are released, usually on the Friday of the following week. Sometimes Apple will reduce release dates for specific models, especially when introducing a new design or size. So it’s possible that the iPhone 14 lineup will have more than one release date.

Here’s what we know:

Apple holds its events on Tuesdays or Wednesdays. Apple’s iPhone 13 event was held on Tuesday, September 14, and this year’s event is slated for Wednesday, September 7.
iPhone release dates are usually a week and a half after Apple’s announcements.
In general, new iPhones are released on a Friday around the third week of September. For the iPhone 13, pre-orders started from September 17 and the phones went on sale from September 24.
A few years ago, CNET took a deep dive into the Apple event timeline and emerged with a compelling Labor Day hypothesis, which you can read about here. Although our hypothesis was a week off for 2021, this year it aligns with the date of Apple’s scheduled launch event.

Apple did not make any major price changes between the 2020 iPhone 12 and the 2021 iPhone 13. But with major changes expected on the way to the iPhone 14, it’s fair to assume that Apple may raise prices in 2022.

According to Wedbush Securities analyst Dan Ives, the price of the new iPhone could go up to $100. “Prices are rising throughout the supply chain, and Cupertino needs to pass these costs on to the consumer upon this release,” Ives told The Sun. Kuo also speculates that Apple may increase the price of its new iPhone.

However, other rumors suggest that the iPhone 14 will cost the same as last year’s model, or even cheaper. A Korean leaker who goes by the handle yeux1122 suggests that Apple is planning to “freeze” the price of the base model of the iPhone 14.

iPhone big design change Prosser’s renders show is a flattened camera bump. According to Prosser, the iPhone 14’s body is going to be a “thick boy,” thick enough, it seems, to encompass all the camera hardware without an annoying, protruding camera setup on the back. Why is the iPhone 14 supposed to be so thick? Perhaps to house a bigger battery, or even the previously rumored periscope camera, which Kuo projected in 2020. However, Kuo and famed tech leaker Max Wein Bach have actually pointed to a thicker camera bump in the 14 Pro and Pro Max.

Two prior rumors that won’t pan out, according to Prosser at least, are the death of the Lightning port and the addition of USB-C (the EU may force Apple to add USB-C ports to iPhones, however). Rumors of a completely port less iPhone have been circulating for a while, but it appears those won’t come true in 2022.