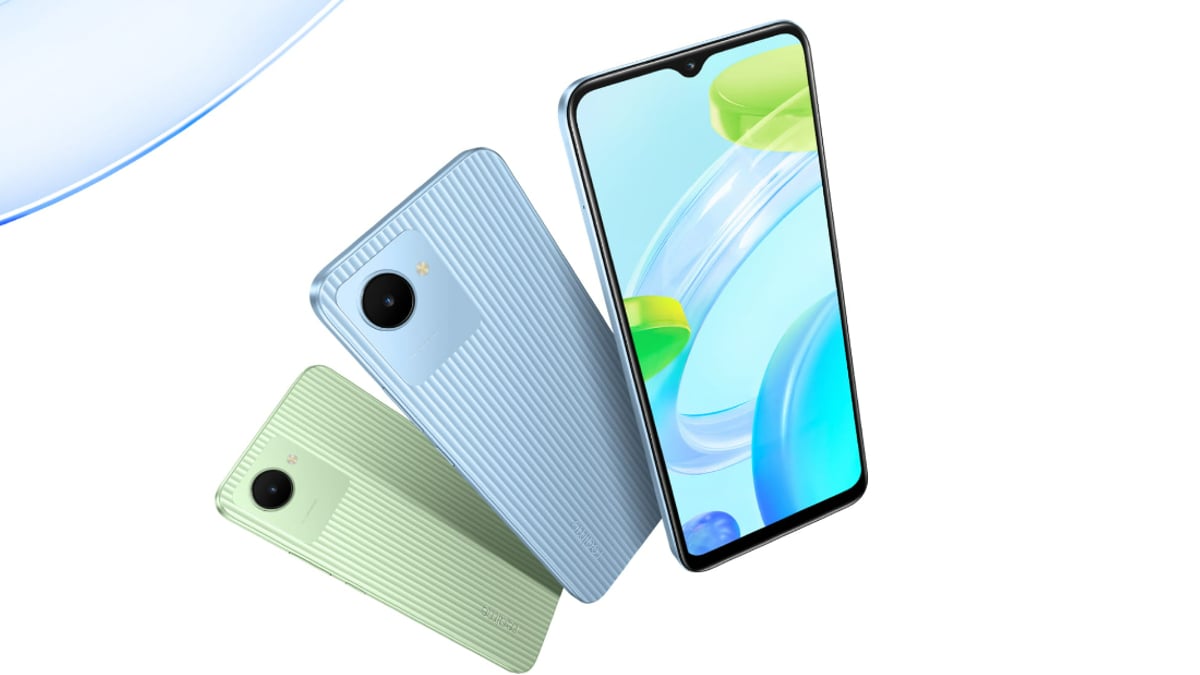 Realme C33 is reportedly going to launch in India soon. The smartphone has been tipped to launch in three colour options and in three storage configurations. The Realme C33 is expected to feature a water-drop style notch, as per the report. It could sport an IPS LCD display. It is said to be either a 6.5-ich or a 6.6-inch display. The report added that the phone could be powered by a Unisoc SoC. It is said to feature a triple rear camera setup as well.

Tipster Sudhanshu Ambhore (@Sudhanshu1414) has shared, in collaboration with Appuals, that the Realme C33 smartphone could launch in India soon. The tipster has also shared the colour options and storage configuration of the rumoured phone. As per the report, the Realme C33 is expected to launch in Sandy Gold, Aqua Blue, and Night Sea colour options. It is said to feature 3GB RAM + 32GB storage, 4GB RAM + 64GB storage, and 4GB RAM + 128GB storage variants.

The base variant of the Realme C33 with 3GB RAM + 32GB storage could be priced between Rs. 9,500 and Rs. 10,500, as per the report. Although, Realme is yet to announce the details regarding the rumoured phone, the company is said to release teasers in the company days.

The Realme C33 has been tipped to feature either a 6.5-inch or a 6.6-inch IPS LCD display with a water-drop style notch. As per the report, it could be powered by a Unisoc SoC. The smartphone could sport a triple rear camera setup with a primary, a macro, and a depth sensor. Realme C33 is reportedly expected to run on Realme UI R Edition, and is said to pack a 5,000mAh battery.

To recall, the Realme C30 was launched in India in June. The smartphone features a 6.5-inch display with HD+ resolution and 20:9 aspect ratio. It is powered by the octa-core Unisoc T612 SoC, coupled with 3GB of RAM. It sports an 8-megapixel single rear camera setup with an LED flash. It packs a 5,000mAh battery.